This chapter on Cliff Howard and Howard Rotavator from Graeme R. Quick's book, Australian Tractors, was made available with the

Rosenberg Publishing will be glad to put anyone who wants a copy of the book in touch with the distributor in their country. In the USA and Canada, email orders@isbs.com. 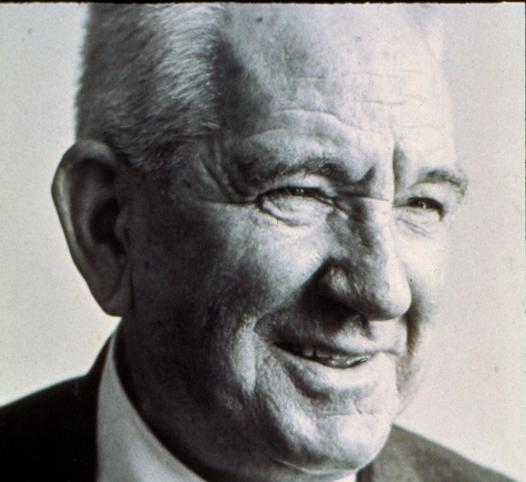 The powered rotary hoe was invented by Arthur Clifford Howard who, in 1912, began experimenting with rotary tillage on his father's farm at Gilgandra, New South Wales, Australia. Initially using his father's steam tractor engine as a power source, he found that ground could be mechanically tilled without soil-packing occurring, as was the case with normal ploughing. His earliest designs threw the tilled soil sideways, until he improved his invention by designing an L-shaped blade mounted on widely spaced flanges fixed to a small-diameter rotor. With fellow apprentice Everard McCleary, he established a company to make his machine, but plans were interrupted by World War I. In 1919 Howard returned to Australia and resumed his design work, patenting a design with 5 rotary hoe cultivator blades and an internal combustion engine, in 1920.

In March 1922 Howard formed the company Austral Auto Cultivators Pty Ltd, which later became known as Howard Auto Cultivators. It was based in Northmead, a suburb of Sydney, from 1927. Finding it increasingly difficult to meet a growing worldwide demand, Howard travelled to the United Kingdom, founding the company Rotary Hoes Ltd in East Horndon, Essex, in July 1938. Branches of this new company subsequently opened in the United States of America, South Africa, Germany, France, Italy, Spain, Brazil, Malaysia, Australia and New Zealand. It later became the holding company for Howard Rotavator Co. Ltd. The Howard Group of companies was acquired by the Danish Thrige Agro Group in 1985, and in December 2000 the Howard Group became a member of Kongskilde Industries of Soroe, Denmark. 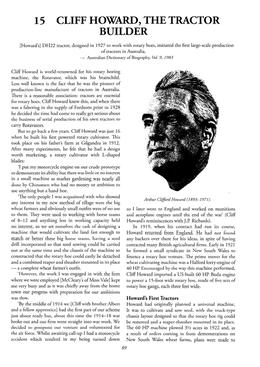 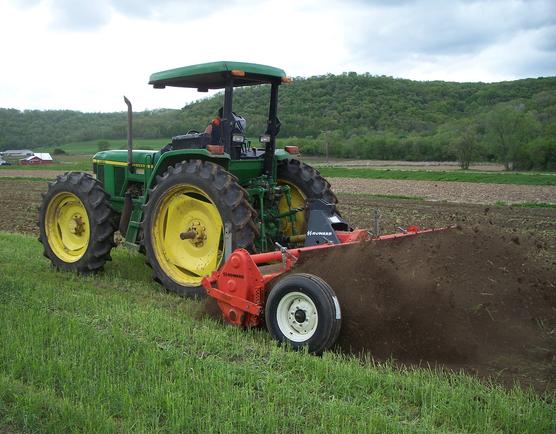